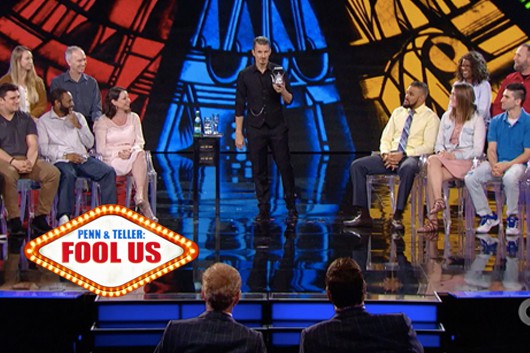 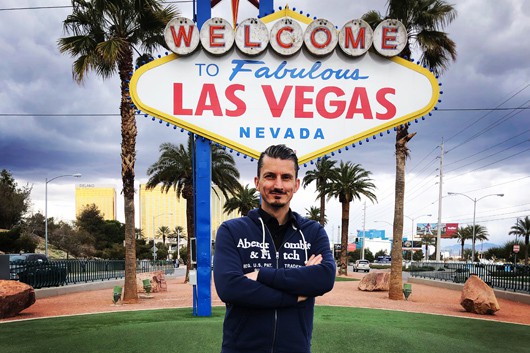 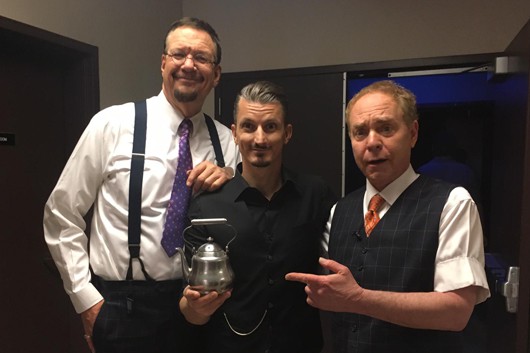 The legendary magic duo Penn&Teller invited Wolfgang Moser  to Las Vegas to perform in their TV show “Fool Us“. You can watch Wolfgang’s first appearance on US television here. 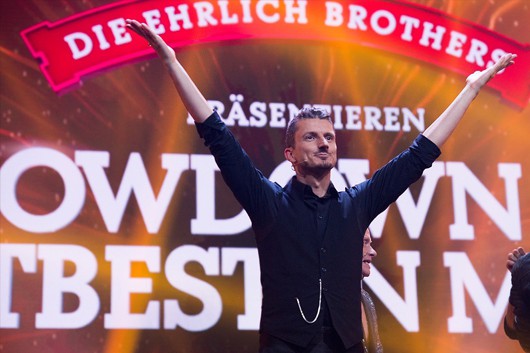 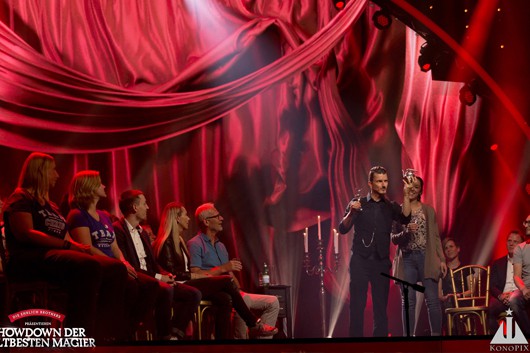 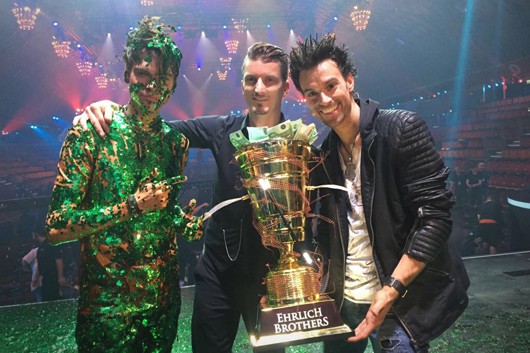 At the new RTL show “Showdown der weltbesten Magier” Wolfgang Moser caused a real sensation. The magician duo Ehrlich Brothers gathered the world’s best magicians in different categories. This duel with the magic elite from all over the world finally produced Wolfgang Moser as the winner! 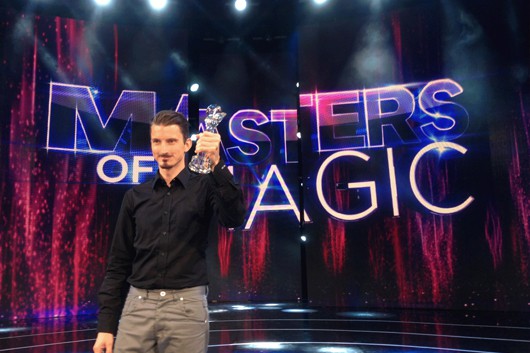 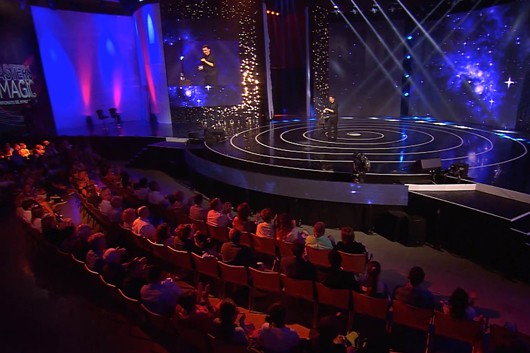 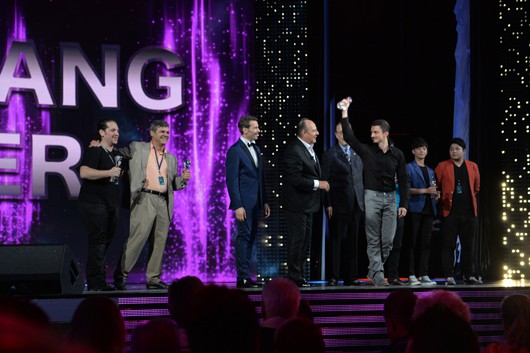 Wolfgang Moser is Austria’s figurehead when it comes to magic, and no natural law is safe from him. The vice world champion and multiple Austrian champion of magic shows top-class magic with unique wit and charm. Individual illusions, creative ideas and a smart personality make him the elite of Austrian magic and let you experience magical moments that you will not forget. 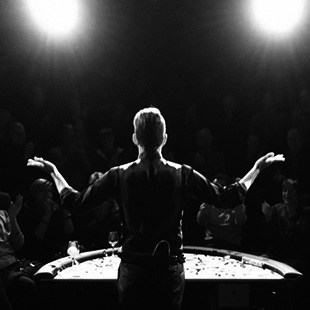 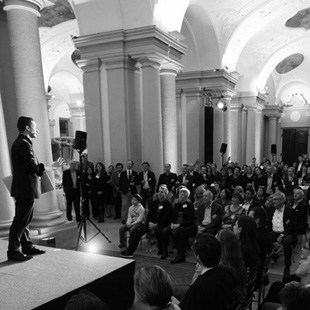 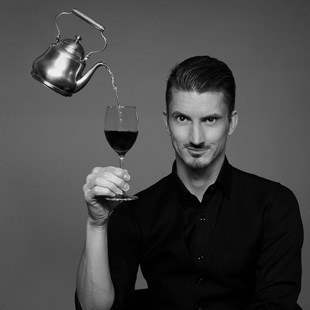 Wolfgang Moser has already made a name for himself in Austria with amazing live and TV shows, including the ORF series “Magic Mushrooms” and the cabaret SIMPL. With his individual tricks and creative ideas, he has been attracting attention not only among experts for years, and the list of his corporate clients reads like a Who’s Who of the business world. 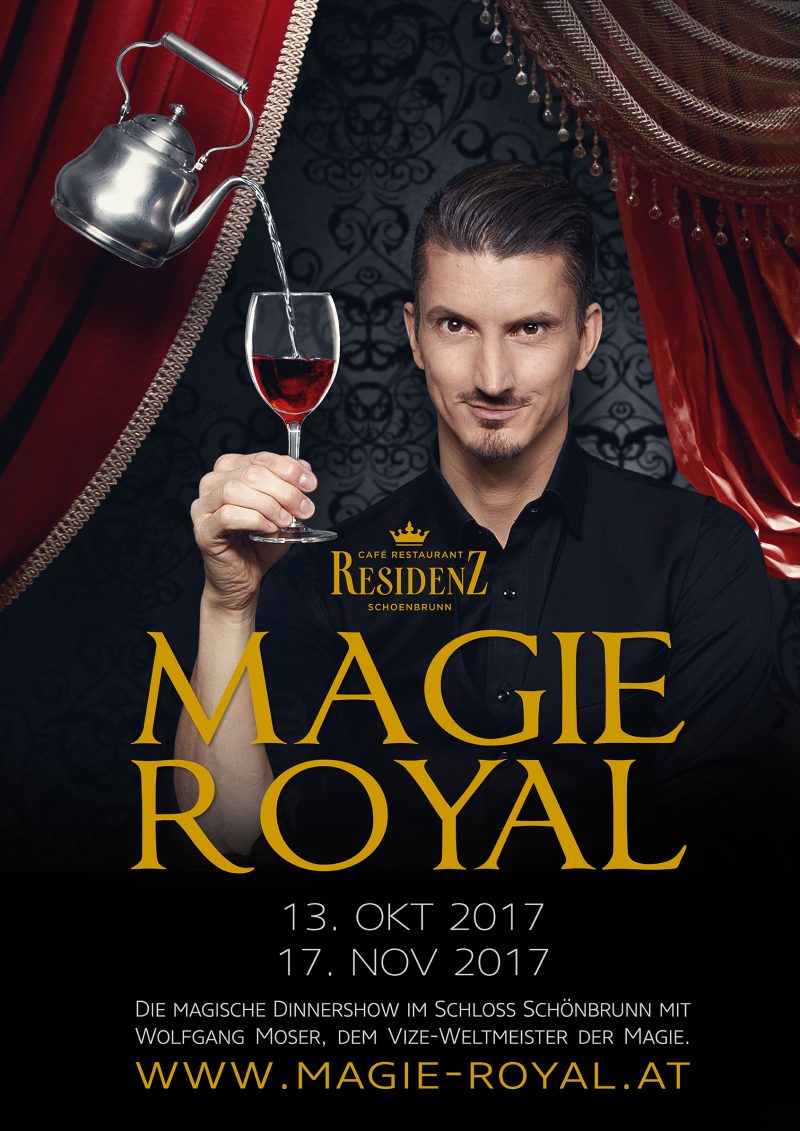 MAGIE ROYAL is an extraordinary show experience at Schönbrunn Palace in Vienna. You will experience unbelievable magic up close with the Vice World Champion of Magic Wolfgang Moser. In addition, the RESIDENZ restaurant will enchant you with exquisite delicacies. Enjoy an exquisite 4-course menu in combination with a unique show by one of the world’s best magicians. Information at magie-royal.at. 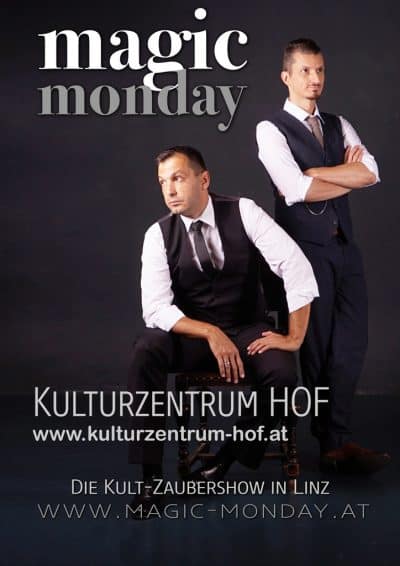 The brilliant duo “Philipp Ganglberger and Wolfgang Moser” presents the Magic Monday. Austria’s craziest magic show takes place at KULTURZENTRUM HOF in Linz. The two professional tricksters receive support from friends and colleagues from the most diverse areas of performing art. All information about Magic Monday can be found at www.magic-monday.at. 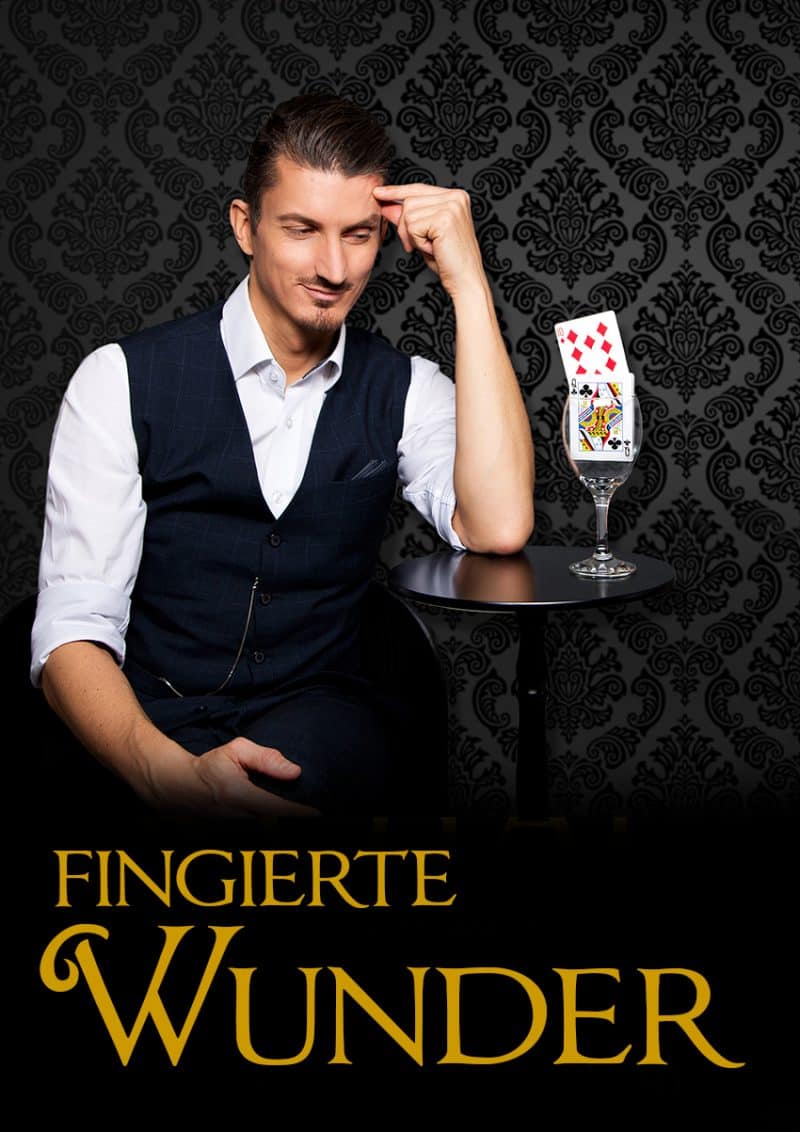 The full-length solo program by Wolfang Moser. The master magician playfully turns logic on its head and twists the perception of the audience. Where does the trick end and where does the miracle begin? In search of an answer, no natural law is safe from him. A creative firework of charming wit, masterful magic, real tricks and false wonders. Reality is usually overrated anyway …” 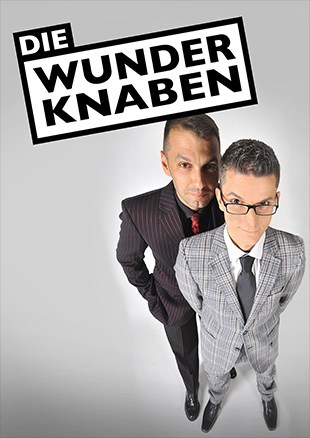 Philipp Ganglberger & Wolfgang Moser are “the wonderboys”. Together they reach deep into their bag of tricks and create an extraordinary enjoyment of art. Quite entertaining, highly interactive and absolutely magical, this is Austria’s most untypical magic show. 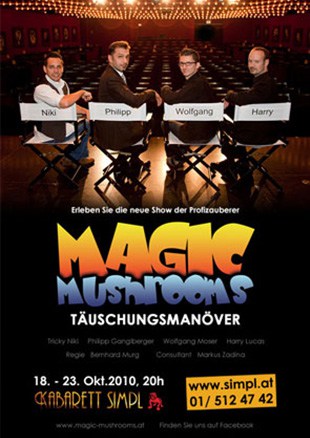 Tricky Niki, Harry Lucas, Wolfgang Moser, Philipp Ganglberger. Magic modern, creative and cheeky. Four professionals, four styles. For more than a decade they have been entertaining their audiences individually or in teams. In 2008 the Magic Mushrooms thrilled hundreds of thousands of viewers every week in their own eight-part TV series on ORF Thursday night. With their unique and celebrated live show, they provided sold out houses in the legendary cabaret Simpl and on stages all over Austria for years. All information and updates about the magical quartet can be found hier. 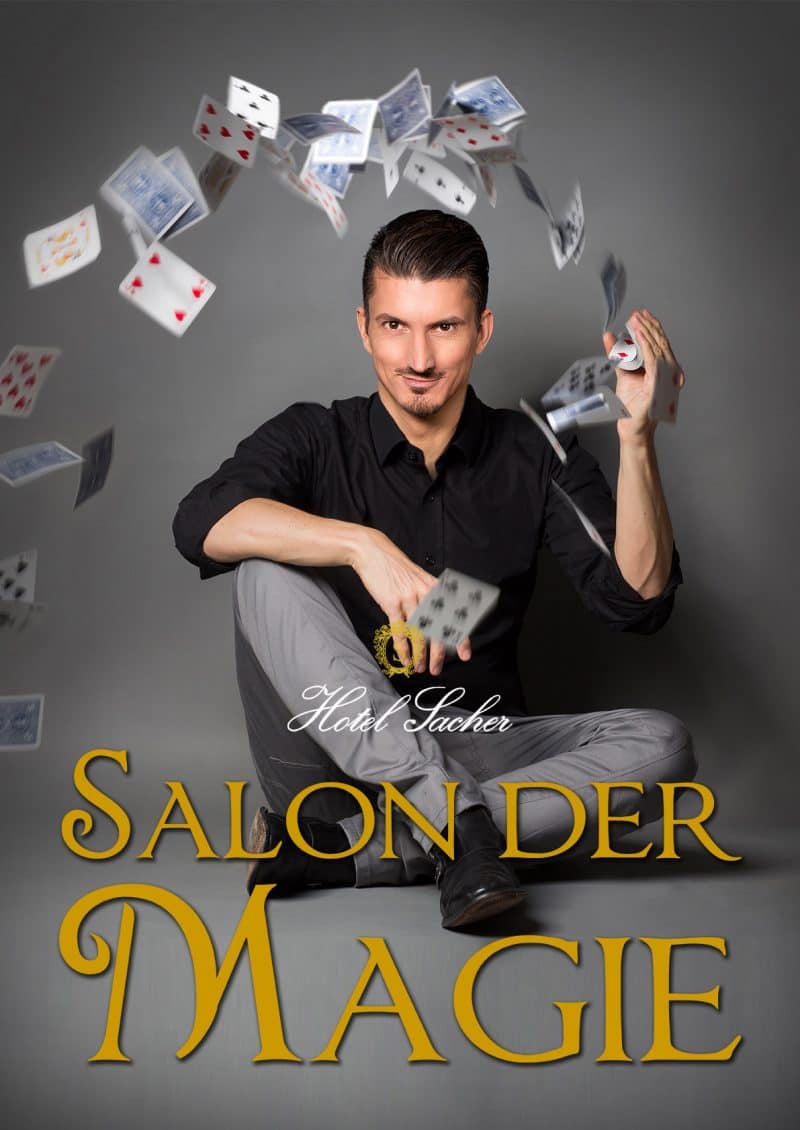 This is a unique magical dinner show with which Wolfgang Moser regularly enchanted the guests of the renowned Hotel Sacher in Salzburg for many years. A magical program in three acts, between the individual show blocks the courses of the dinner are served. This extraordinary magical evening can now also be booked for exclusive company events.