Wolfgang Moser shows his magic on various occasions. Whether on the big stage, podium or at close-up magic at the tables.

A very special highlight is his award-winning performance, the MAGIC TEOPOT, which makes every event an unforgettable magical experience. With it Wolfgang Moser became the vice world champion  of magic.

All performances are possible in German or English. 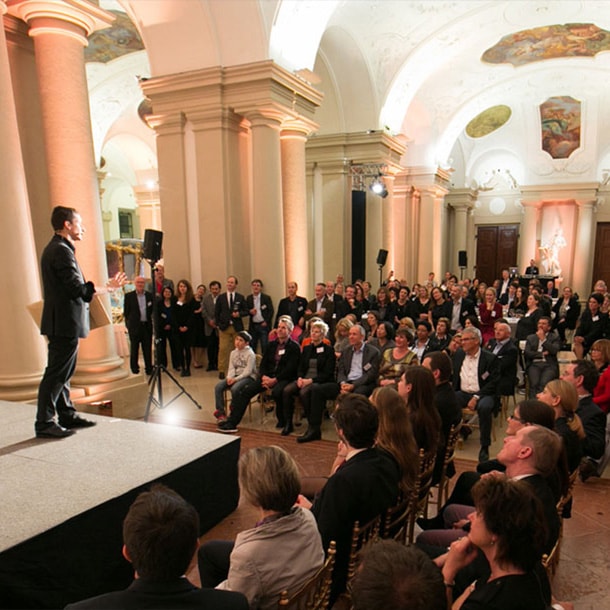 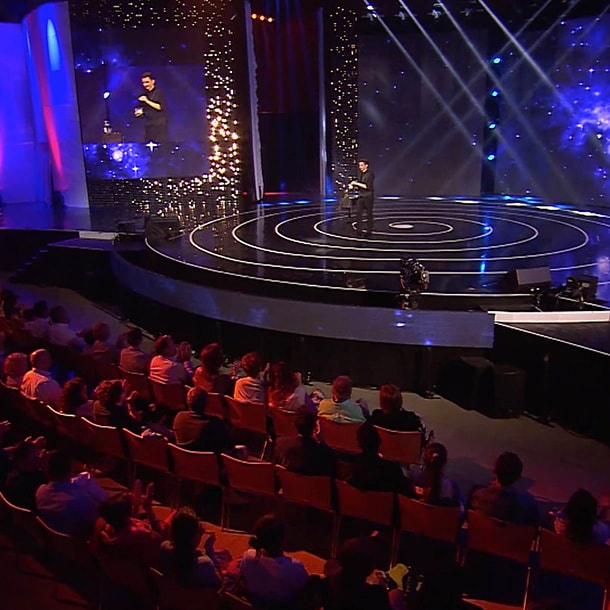 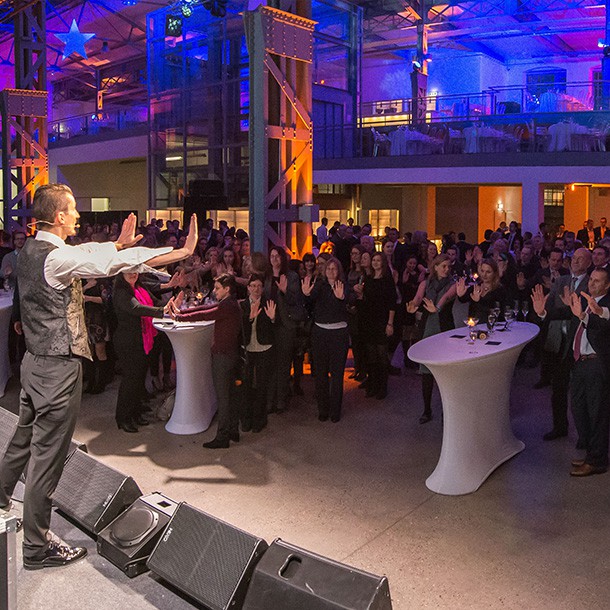 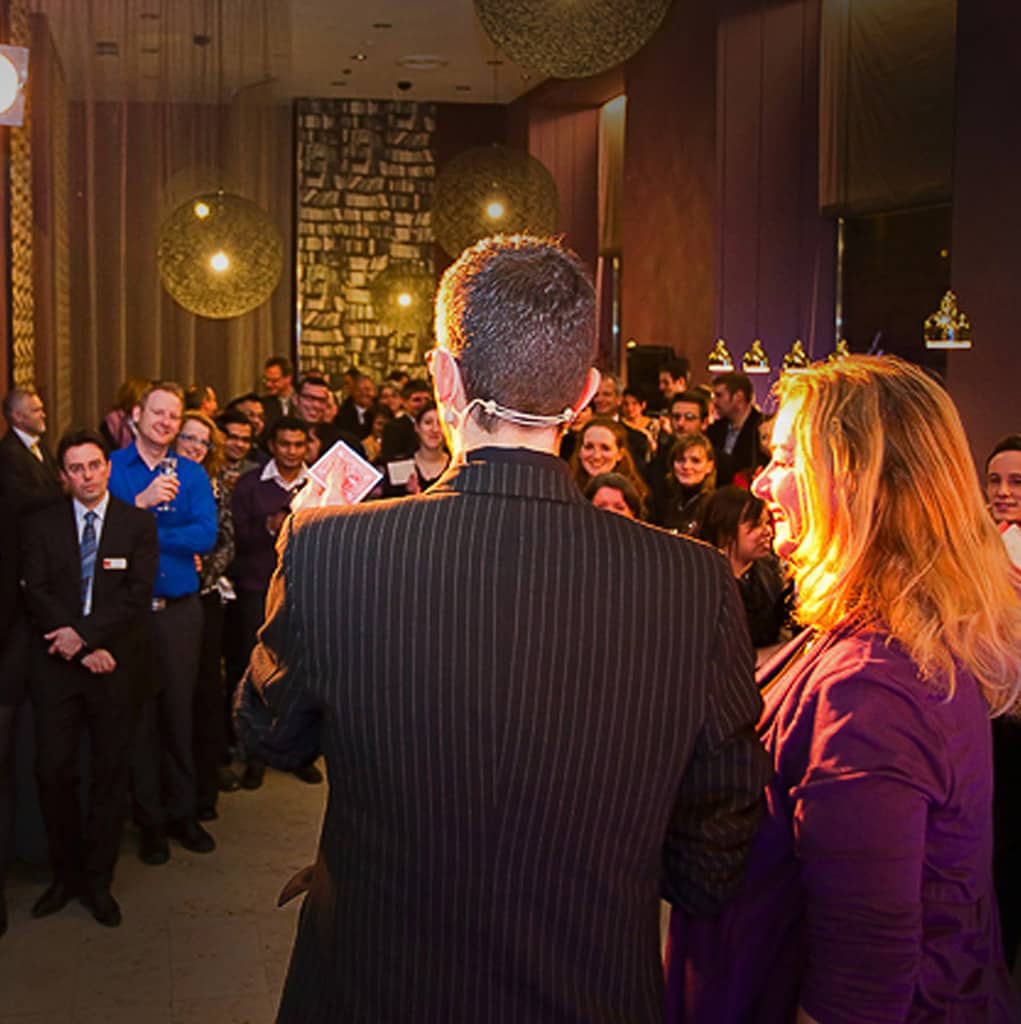 Wolfgang Moser enchants his audience under various conditions. From a small celebration to a huge event, there is a suitable programme for every occasion. A creative firework of fascinating wonders and witty comedy in a show full of magical moments and impossible surprises. The audience is always involved in the magic and thus an essential part of the show. 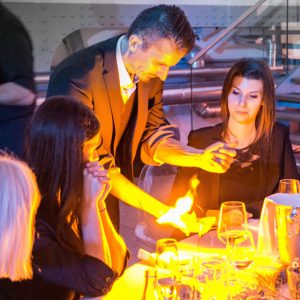 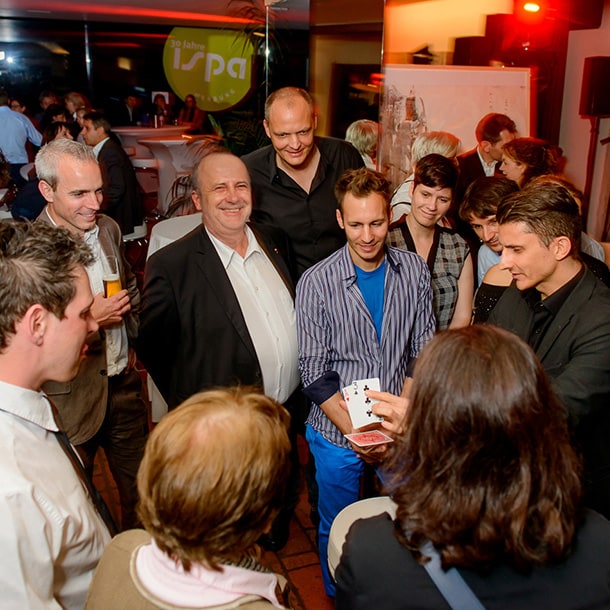 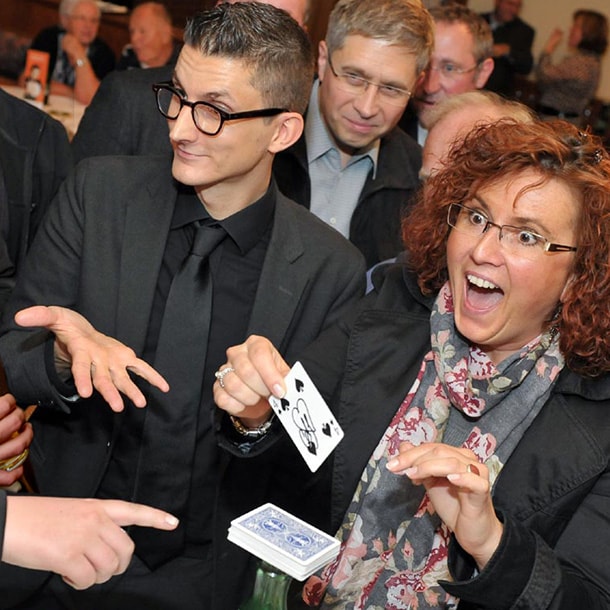 Close-up magic is a magical experience of a special kind. Here the magician gets in close contact with the audience and lets true miracles happen right before their eyes. Wolfgang’s magic instantly provides the subject of conversation and gives the audience memorable moments of amazement, full of charming wit and extraordinary magic. The most inexplicable things happen directly in the hands of the audience, without mirrors or trapdoors. 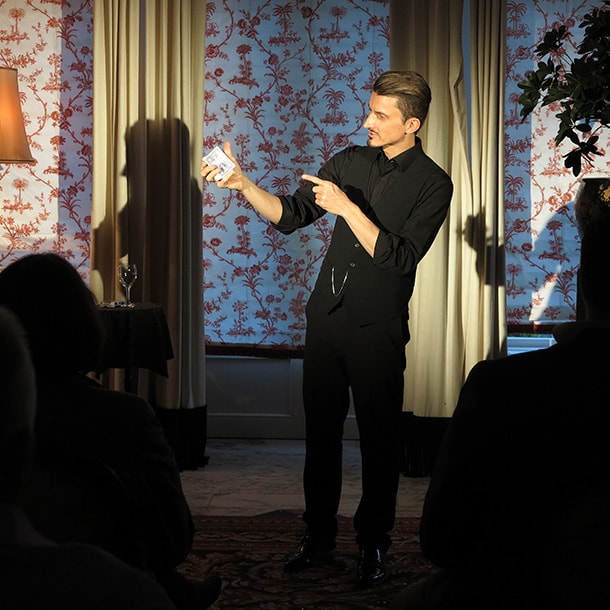 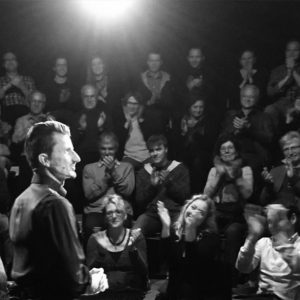 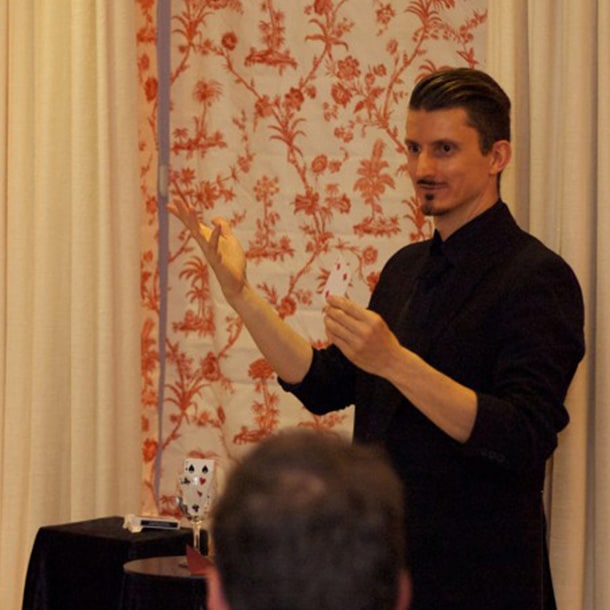 This is a unique magical dinner show with which Wolfgang Moser regularly enchanted the guests of the renowned Hotel Sacher in Salzburg for many years. A magical program in three acts, between the individual show blocks the courses of the dinner are served. This extraordinary evening can now also be booked for exclusive company events.

In 2008 Wolfgang Moser and the magic group “MAGIC MUSHROOMS” start an 8-part TV series in the ORF Thursday night. Four of them thrilled hundreds of thousands of viewers every week with their new cheeky television format.

In 2019 Wolfgang Moser appeared on the US television show Penn&Teller “Fool us”.

In addition, Wolfgang Moser was a frequent guest on numerous TV and radio shows.

In 2009 Wolfgang Moser presented the first joint live show with the Magic Mushrooms in the legendary cabaret Simpl. Several joint shows and solo programs followed, for years providing sold-out houses in the cabaret Simpl, as well as many other stages throughout Austria.

Since 2015 Wolfgang Moser has regularly performed his solo program “Fingierte Wunder” on stages in Austria and Germany. In addition, he is internationally present in many other shows with various other colleagues.

Wolfgang Moser is already well known for his amazing live and TV shows. With his individual tricks and creative ideas, he has been attracting attention not only among experts for years, and the list of his corporate clients reads like a Who’s Who of the business world. 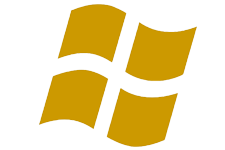